In that dark time which my memory recorded as my imprisonment inside the dormitory of dread, when human nature became hurtful and hard, the stray cats of this period began to come out of the gloom to lead me towards some kind of light. Each one of them brought me the gift of the calm that belongs to all cats, and which they unerringly pass on to us.
One special night during this dreary season became Little Mom’s Dinner Party, or her Twilight Fiesta when I was once again reminded that animals are far superior to humans in too many ways. Mark Twain was absolutely right about this truth. Little Mom was a ginger and white cat I had first met during my time of atrophy, when I met her with her brand new four kittens. I began to feed them, and they began to give me back my lost self…

Every evening I began to visit the small, dark and dingy lane crammed with very tiny poor homes and huts, to feed Little Mom and her three ginger and white and one orange kitten with a platter full of fresh fish, rice, bread, eggs, and milk.
It was seven when I reached the lane and put the food down for them behind some scooters parked there. Little Mom’s four kittens ran up and grabbed the fish first and vanished with it far away as if it would be taken from them. But later I realised all cats do this, especially stray ones, as if it might be their last supper!
Then came Little Mom and though I urged her to eat too, she just sat down and watched carefully while her brood ate. She never touched the food though there was always more than enough for all of them. She just sat and watched and always gave me that grateful, solemn kind of look with her golden eyes which seemed to say “Oh did you come then? I knew you would” which was very touching.
Next came a small golden cat with silver eyes that glistened mysteriously in the dark.

She seemed to have recently delivered!

She sat down and watched the kittens eat. Little Mom 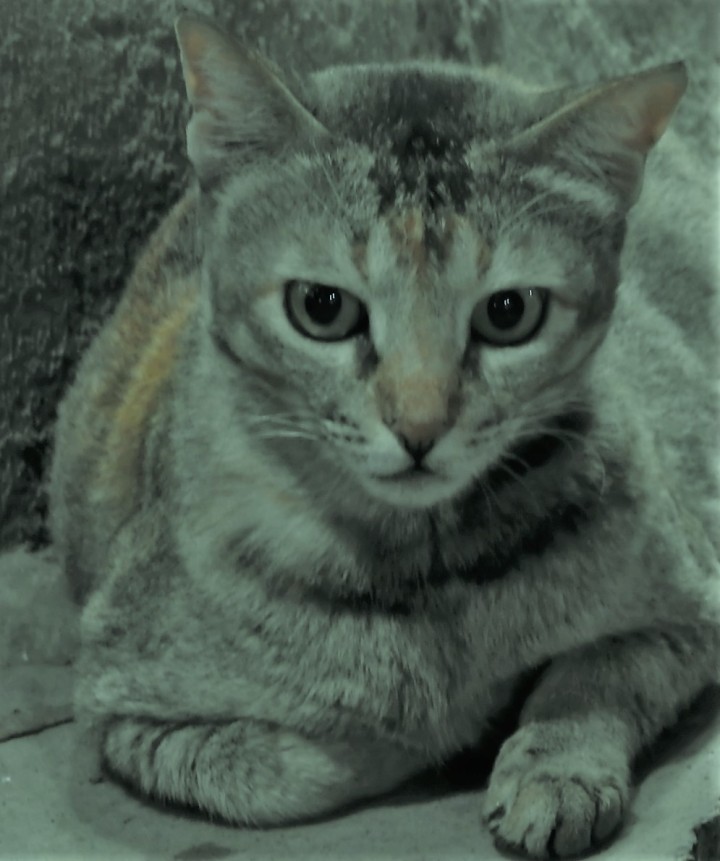 sat before the platter and glared at the new arrival. But though she was hungry she too did not come to eat though I invited her. This gold and silver eyed cat had a very strict kind of glum glare and later I named her Golden Scold or Peppery!

Behind her came the last of the strays – a darker grLittle ey and charcoal beauty whom I had first met sitting on the steps of a meat shop nearby, waiting for him to throw her some left overs. She got the name Twilight from me because I only met her in the dark, around 7 p.m.

It was amazing to note the three older cats – Little Mom, Golden Scold, and Twilight, just sitting and watching the kittens eat. When they had finally had their fill and ran away to nap on top of one of the scooters, the older two cats came up to the food looked timidly at Little Mom and then they began to eat but only after I urged them to and they got some kind of okay from her.
After they finished Little Mom came and had just a little from the platter, still keeping some for her kittens.

This dinner party was awesome: as that little gang of stray cats and kittens graced that twilight feast they were bringing me out of that dreadful dormitory I shared with listlessness…. Golden Scold scattered the drops of gold from her silver eyes into the dark night, as she ate hungrily. I began to feel useful again, after many long, miserable, morose days and nights. While I had given them a simple meal of cat food scrambled up with eggs, milk and rice, Little Mom’s Dinner Party had returned bits and pieces of my stained soul and a large part of my severely crushed heart back to me to use for better things! 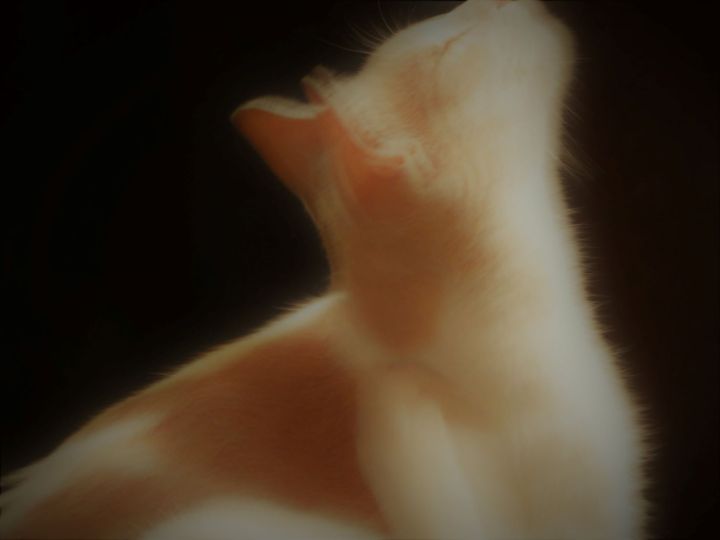