A large cup of filtered coffee luckily was drunk before reading the garden’s newspaper which dislodged its dreadful news! Reminding me that any newspaper, even the one penned by your adored garden can throttle you!

The rats had torn up four or five tiny plants just beginning to come up – the white Wandering Jew that was coming up so well inside someone’s old shoe thrown away in the roadside that I had picked up. It had made a small frilled dress inside that shoe, with hope and harmony peeking out. The rat tore it up and yet I bent down with my wounded left hand and planted it all over again. This is the third time it happened so I will bring it upstairs and put it on the ledge under the sky light.

Then there was the pilea that had come up so comfortingly in a tiny pot on the garden wall outside that I had brought inside to keep it safe from thieves. It had filled up the pot like a birthday present wrapped wondrously. But the rat had pulled it all out. So I put it back again inside and felt the pitiless power of the rat, and the thugs like it who tear up life’s soft dewy petals daily – little girls torn apart inside temples and school children shot at.

I replanted five mangled plants and then had coffee and survived another morning of being tainted with rat poisoned despair! Then I began to rearrange the day’s ravaged borders after checking out the remedies inside that small, silver caring cupboard that lives somewhere inside the vast caverns of the soul! Which we all have to guard and treasure very carefully.

Today it reminded me about the rather enthralling French television series I had discovered in Amazon Prime – Black Spot. It was another deliciously crafted superior kind of mystery that would line the day with pure pleasure.

It is dark, creepy, smart and icy!

Then there was Biscuit, my gorgeous little coal grey and shy tabby, who had been brought in from the street by kids, when she was a small, wounded kitten. She had settled down happily. Recently we had discovered she only had one tooth remaining to eat with. But she preferred to just be happy with that and showed me how she turned every single day into a small enchanted private room!

She had dedicated all her afternoons to solitude by parking her soft furry body inside a large bottle green fern that I had planted in a large stone pot. Biscuit made each day squashed inside it, into a bright new space of her very own personal dreaming hour! So I decided to follow her example and dug out more remedies from my soul’s caring cabinet! 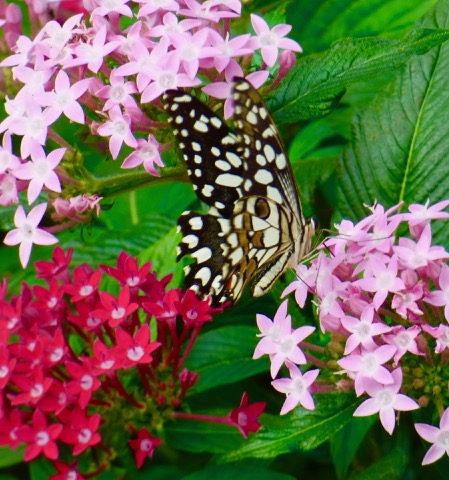 Inside the most horrifying day of dread and misery lurks a small pot of paint that shines so beseechingly, with silver sparkles that it won’t be ignored! It usually slips out of the soul to sneak into the garden where it puts you to work. It will show you the small market cat who may not do much watering but is kissing Creeping Charlie, the creeper that is like potatoes – they always cheer us up whether baked, buttered, fried or roasted! Creeping Charlie will grow inside dazed, battered, bothered or burned out days! 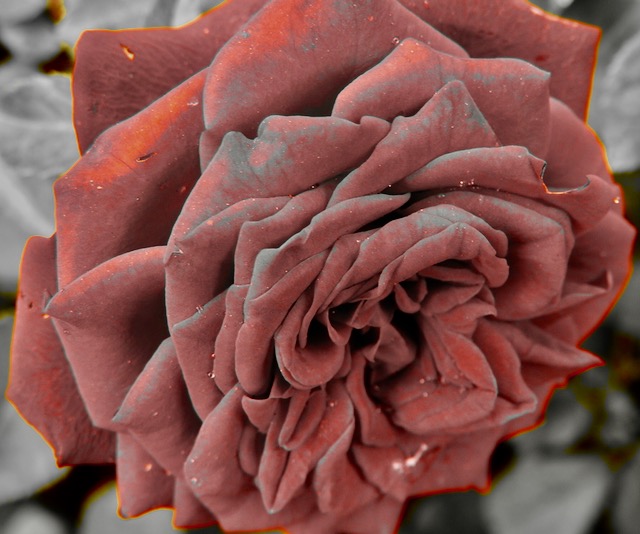 Then the water lettuce, bought some months ago has filled out two large pots and is begging for more space to enrich your garden’s bank account! And that gruesome, ghastly rat has for now left the lemon grass pots alone so the cats can nibble them up greedily.

Lemon grass is good for treating fevers in humans. Just make a tea with its leaves and drink it up thrice daily. It is also used with other herbs to make a tonic for chest ailments. 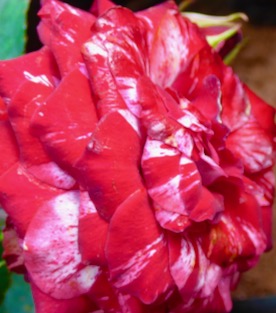 In an important herbal treatment book there is this remedy for treating menopausal problems like perspiration, restlessness, high BP etc. Eat five buds of the hibiscus flower daily on an empty stomach for two months it says!

As the garden dislodges sensible secrets of medicinal plants cat-gardening continues to collect as much as it can of hope and health and packs them up snugly inside the soul’s cautious cabinet of calm!